Plain bearing, ball bearing and roller blocks; how should I choose a type of block? 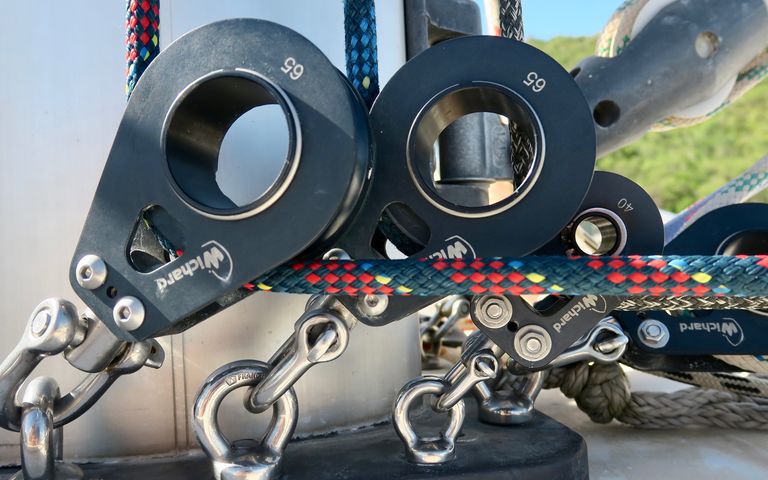 On a sailing yacht, the choice of a block is important to facilitate manoeuvring, improve performance and preserve the equipment. At Wichard, we offer several ranges of blocks depending on their applications.

First, we should remember that rigging on a sailing yacht can be divided into 3 categories:

For blocks, we need to differentiate between:

Plain bearing blocks have a sheave rotating on a stainless-steel pin. They are intended for static operation and heavy loads such as mast foot and mast head blocks and also reefing points, cunninghams, downhauls, backstay adjusters and boom vangs.

Wichard ball bearing blocks are fitted with two rows of Delrin balls. They are ideal for dynamic operations and low load such as spinnaker poles and sheets, spinnaker tacks, mainsheets and mast tracks.